At once, there was a puff of clouds and smoke.

The small green frog had changed into a young prince! The Princess jumped back in surprise, and who could blame her? The Prince quickly told her not to worry, that all was well. Years before, an evil witch had put a spell on him that he must stay a frog until he was kissed by a princess. Now the Prince and Princess could get to know each other better. Years later, after they were married, they had a beautiful setting made for the ball and placed it on their royal dining table. And when the sunlight shone in through the palace windows, the ball sparkled for all to see.

Your first name only, please. Your age.

Your state and country. Choose one character. Say what you think this story is trying to show you. Carol and Steve were not new to wine. But, like many American wine lovers, Carol and Steve knew almost nothing about the wines of the Languedoc-Roussillon. Then, living in the Languedoc, they discovered that there was wonderful wine everywhere in the Languedoc-Roussillon and that the region was undergoing a massive transformation from producing bulk wines into producing delicious, authentic artisanal wines that wear no make up, and are the authentic expression of the magical wine trinity: the terroir, the grape and the wine maker.

Just that. Our whole team is delighted to bring you these special, affordable wines that will transport you to an undiscovered part of the world that is not only rich in history and tradition but boasts some of the most delicious and affordable wines you can find anywhere. Had to use a health pot and died right as she did. Managed to kill her just before the swarm of elementals got me.

Comment by helmers Soloed as lvl 51 protection pally. It was a good, controlled fight, though I had to use Lay on Hands in the end to get rid of all the adds.


She seems to be using only melee attacks, whereas her spawns do different types of elemental damage. Comment by Skeptical I was a 39 Priest, and had a level 61 warrior help me with this. Went farely well, healed him around 3k though, just to be safe. Comment by bigtexs If you are a dumbass like me and tried to solo at too low of a level, you'll need to get another Scroll of Myzrael.

Go back to Theldurin the Lost in Badlands coords 51, Abandon th quest, and get again. He'll give you another scroll. By the way, a lvl 45 lock is WAY too low of level to solo this quest. Comment by Thottbot Did anyone else wonder why all of a sudden we're trying to kill this girl? Seems some crazy dwarf said she was dangerous and all of a sudden the goal changed from freeing her to reimprisoning her Comment by Thottbot With a caster-only group you're gonna need to be close to lvl 50 to have a chance.

With 2 45 shamans and mid-to-low 40s priest and warlocks, she's going to resist practically everything you throw at her. Wait a couple lvls or get some melee members in your party. She's not immune to Horde : Focus on the Princess and ignore the elemental minions until she is dead because she will continue to summon more and more of them if you focus on them. The quest reward is total garbage given the chain you have to go through to get to the end and the difficulty of the end kill, but the XP makes up for it.

I was lvl 52 when I turned in the last portion and got xp for the turn-in. And you get thousands more turning in the other steps leading up to this. Comment by Thottbot This was my party: lvl 50 Warrior lvl 46 Paladin lvl 44 Priest lvl 43 Paladin no one died, although it was really hard. I would suggest to cast the Power Word: Shield before starting the quest. If you have thought previously, the charms that destroy elementals don't work with the ones that Myzrael summons, so the best advice is carrying some health potions.

Right click on the summoning scroll. Myzrael will appear, and she will atack. Once she is dead, get the bracers from her corpse. You need them in order to use the stone of the myzrael circle. 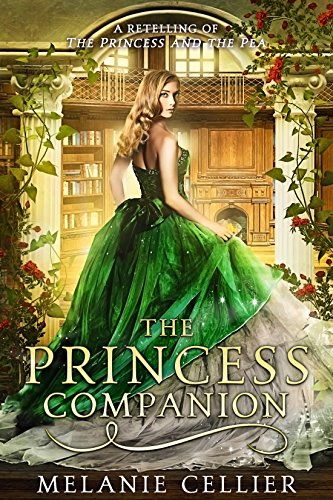 Once you have them, right click on the stone, and you will get a nice necklace and exp points. Comment by Thottbot I'm not in a guild and my server is relatively new, so I couldn't get anyone to group with for this quest. I decided to get it over with at level She spawns a lot of elemental adds. I was using an owl that has the Screech ability AoE attack power debuff , but the elementals seem to attack whatever the princess attacks instead of having independant aggro. When my pet died I activated Aspect of the Cheetah and started kiting.

The elemental adds seem to run at about the same speed as the princess, who is immune to stuff like concussive shot. After the princess died I used Feign Death, which made some elementals run away and some disappear. I looted the shackles and went back to the summoning spot to claim my exp and reward apparently the elementals despawned. Comment by Thottbot spend a little time at each of the circles of binding picking up the charms that the elementals drop; you'll be glad you did when you can quickly banish most of myzrael's summoned elementals.

Comment by Thottbot I had just read all the posts here about failed kiting. I thought I had no chance, but if you are a good kiter its really not very hard. She was only lvl 43 or 44 for me. I forgot to time the fight but it was at least 5 minutes. To start I used the scroll at max range from the shards, then ran when she spawned.

She spawns freindly to you, then quickly starts chasing you. I had trueshot aura and aspect of the cheater, as well as track beasts so I could easily avoid the raptors and spiders around the field. I marked her, and as soon as she was in range I tossed a serpent sting and distracting shot to make sure my pet didnt get aggro , sent my pet in with growl off , started running and cast another distracting shot just to make sure.

She spawns an amazing amount of elementals, There can be at least at once, quite intimidating.

I strafed counter clockwise in a big circle between the shards and the road to hammerfall, re-applying serpent sting every 15 seconds and using rank 1 arcane shot everytime it was up to keep her tapped. Unfortunately the water elementals kept frostnovaing my pet so I had to keep whistling for her throughout the fight and sending her in. I occaisionally dropped a frost trap when I was headed in a straight line to make the adds drop back a bit. I had a few close calls with running into the grey beasts in the field but beast tracking helped a lot. At first I thought this was a good thing, but since he made such a big gap between the adds and the boss I had to make course adjustments.

Pwnt -Jeseraz, hottest lvl 48 hunter on Haomarush - horde. Comment by Allakhazam OK, like so many others I messed up by getting there and getting stuck in the logic that I needed to use the shard to summon her. You summon her with the scroll in your inventory, reading it helps figure that out, then you loot the shackles and can cash the quest in with the shard.

The princess and the dragon

Can someone please tell me that, I hate having unfinished quests and I hate abandoning them even more I have high dps and I can heal myself, but I don't have any aoe spells, so I can't do this alone. My suggestion is a party of 3 if you're level 50s warrior, priest, mage.

ONE OF A KIND PET PORTRAIT FEATURING YOUR PET.

Comment by Allakhazam Just as a side note: Myzrael summons lv 43 elementals to help her no limit to of spawns out apparently , so unless you are too high to do this quest in the first place, go find a party. Comment by Allakhazam people plz your not all looking at the picture here.